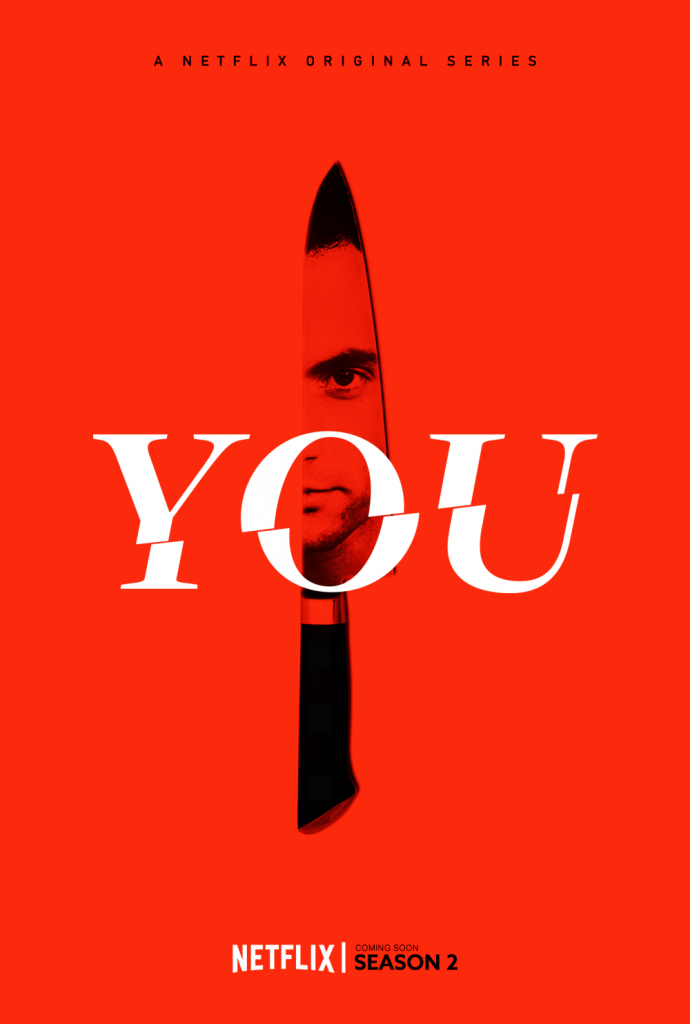 Last year, Netflix released the series, YOU. It became a sensation as the lead character, Joe, played by Penn Badgley, took us through his life and eventual infatuation with Guineviere Beck, or Beck, as we came to know her.

As the plot thickened, and the body count rose, we all watched with anticipation for the ultimate climax which didn’t disappoint.

I won’t spoil it for those who haven’t watched, but let’s just say, that after all that mess, Joe has to make a move.

That brings up to the very much anticipated second season. This time, Joe moves across the country, leaving the death and destruction in NYC.

A new city means an eventual new love interest. This time around, Love Quinn will be played by Victoria Pedretti, from The Haunting of Hill House. Returning characters include ex-girlfriend, Candace, and Doctor Nicki, who was framed for Joe’s NYC murders.

The new season is expected to start streaming on Netflix on December 26, 2019.